Just over a week ago I went to Plzeň to join a group of British beer writers — Adrian Tierney-Jones, Mark Dredge, Pete Brown and Tim Hampson — at Pilsner Fest 2010. In addition to the festive, carnival-like atmosphere at giants Pilsner Urquell and Gambrinus, we also visited craft brewers and new brewpubs, as well as historic dives and dingy bars, to make a short film about beer culture in one of Europe’s greatest brewing cities.

When she needed to make what she described as “some major life changes,” Shannon Essa turned to beer — Italian craft beer.

The result is Ms. Essa’s American tour company, Grape Hops, that offers trips to many of the up-and-coming microbreweries in Piedmont and Lombardy, along with more traditional wine and culinary adventures elsewhere in Italy and in Spain. Founded by Ms. Essa in partnership with Kim Riemann, an administrator for the slowtrav.com travel website, Grape Hops came about after the two heard about the region’s burgeoning craft beer scene, which inspired them to start offering complete pre-planned trips as well as custom tours, hitting everything from Birrificio Montegioco to the great Lambrate brewpub in Milan, pictured above.

“We first put together an itinerary and we went over and did a dry run,” said Ms. Essa, speaking on the phone from her home in San Diego. She recalled her first experience with the vibrant Italian craft beer scene as nothing short of amazing.

“They are cooking with hops, cooking with beer — they’re experimenting with everything,” she said. “We had pieces of veal that were breaded with hops. And they had desserts that they use beers that they infuse mint into and they make desserts out of that.”

END_OF_DOCUMENT_TOKEN_TO_BE_REPLACED

If you couldn’t make it to the Slunce ve skle beer festival last Saturday in Plzeň, here’s a YouTube video from the day. In a word: Awesome.

END_OF_DOCUMENT_TOKEN_TO_BE_REPLACED 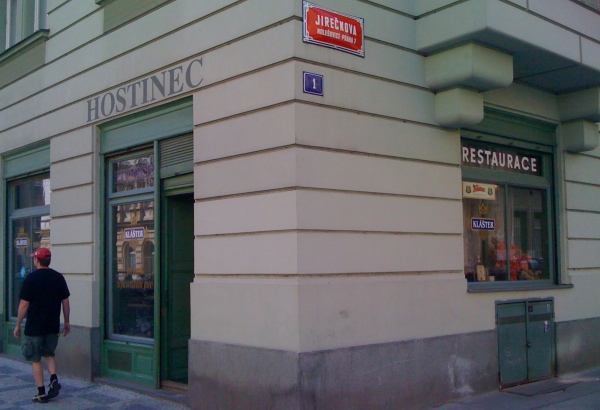 The phenomenon of the čtvrtá pípa — or fourth pipe — just keeps on growing: slowly but steadily, more and more pub owners in Prague are switching over from monopolistic suds to beers from independent brewers, often on a tap they own themselves, rather than the three taps installed and owned by a major brewing group. It’s an interesting concept: when I wrote about it earlier this year for Prague Monitor Magazine, the term earned a note at the Schott’s Vocab weblog (“a miscellany of modern words and phrases”) at the New York Times.

Max Bahnson just covered two new čtvrtá pípa pubs at his Pivní filosof weblog, with not such great results. But there’s another fourth pipe pub which is a total winner: the Klášterní pivnice near Letná in Prague 7.

END_OF_DOCUMENT_TOKEN_TO_BE_REPLACED

When my wife and I were preparing our research trips for Good Beer Guide Prague and the Czech Republic, we first had to make a map. We came up with a list of breweries based on information in the Pivovarský kalendář, a publication of the Czech Research Institute of Malting and Brewing, and cross-referenced it with the breweries’ own web sites. Once we had all the addresses, we bought a regular map of the Czech Republic and marked the breweries on it with little red dots. That homemade Czech beer map became an invaluable research tool, helping us to visit every brewpub in the Czech Republic at the time and most of the country’s industrial brewers.

Now a local publisher has put out a professional map of all the breweries in the Czech Republic.

END_OF_DOCUMENT_TOKEN_TO_BE_REPLACED

Hungary is wine country, but it has a long tradition of brewing as well, with the legendary name of Dreher — as in Anton — the brand of one of the country’s best-known pale lagers. Unfortunately, finding good craft beer from the country’s small producers is tricky. Just about everywhere you go, you’ll come across Dreher (part of SABMiller) and Soproni (a Heineken brand). But great local beer? Microbrews? Not so easy to spot.

We spent most of the last two weeks in Hungary, first at Lake Balaton, then in Budapest, where we I finally found a couple of interesting beers. Or at least, what looked like interesting beers. My Hungarian is limited to the five words most commonly found on restaurant menus, but when I saw the sign above, I was pretty sure that “házi” might be something like “domácí” in Czech, the equivalent of “house-made,” and I knew that “sör” meant beer. So I picked up a bottle of each brew: a világos, or pale, called Gutberger, and a barna, or dark, called Braunger.

END_OF_DOCUMENT_TOKEN_TO_BE_REPLACED

What I Heard at Cantillon

The following classic Beer Culture post is one of many which disappeared in the Wormhole Incident™. It is being reposted now because more people should think about beer with a sense of place.

The best thing I heard was when Jean-Pierre Van Roy said “Now we’re going to open the ‘75.”

We were talking about his life and work at Cantillon, the last remaining lambic brewer and geuze blender in the city of Brussels, and Jean-Pierre Van Roy decided that he wanted to open a beer he’d bottled 33 years earlier.

Someone asked “What?” in the way that means “Are you crazy?” Jean-Pierre just nodded and said “It’s time. It needs to be drunk.”

That was the second best thing I heard at Cantillon.

END_OF_DOCUMENT_TOKEN_TO_BE_REPLACED

Despite Germany’s outstanding brewing traditions, the country’s capital is not widely thought of as a great place for beer. The city’s native beer style, the sour Berliner Weisse, is now almost extinct. And considering we’re talking about a city of 3.4 million people who seem to pride themselves on eating well, drinking well and going out a heck of a lot, finding good local beers can be surprisingly difficult.

That’s certainly the case for the Eschenbräu brewpub, which offers three regular beers with ten seasonal specials scheduled for 2009. It’s not impossible to reach, but it’s far enough off the tourist map that most casual visitors to Berlin aren’t going to bump into it.

END_OF_DOCUMENT_TOKEN_TO_BE_REPLACED 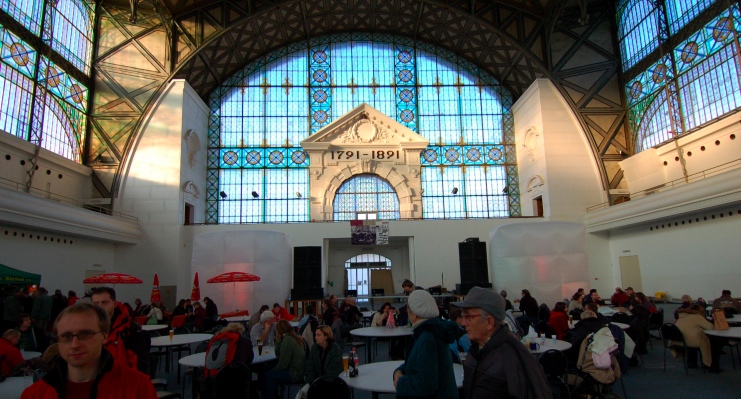 END_OF_DOCUMENT_TOKEN_TO_BE_REPLACED

It took a few months, but my feature story on craft beer in Italy finally appeared in the NYT travel section this weekend. Seeing it, I started thinking again about Italian beer culture and how different it is to the Czech Republic and other countries which are better known for beer and brewing.

The point I stressed in my first post from the Italian beer trail is part of it: in Italy, the enthusiasm for beer is very high. But beyond mere enthusiasm is something that seems to be missing from the beer culture in the Czech lands and in Germany: education.