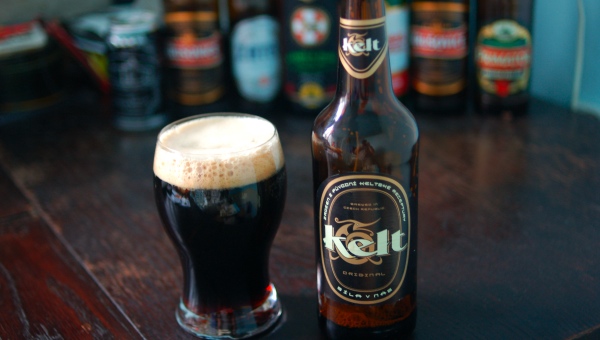 END_OF_DOCUMENT_TOKEN_TO_BE_REPLACED

Listen, we’re beer lovers: we’ll accept just about any excuse for a special brew. Feel like putting out a beer for a public holiday (like our Czech Christmas beers)? Sounds like a great idea. Maybe it’s the anniversary of the founding of your brewery? We could always use more Fuller’s 1845. Or perhaps your country is hosting the 2008 World Championships in Sheep Shearing?

At least that seems to be the reason why the Norwegian microbrewery Berentsens released its Sorte Får Stout last year. When sheep-shearing teams from around the world descended on the Norwegian town of Bjerkreim last autumn, they were met with far more than mere wool: a special dark beer, named after the local wild sheep, was brewed to celebrate the occasion.

END_OF_DOCUMENT_TOKEN_TO_BE_REPLACED

The Czech Republic isn’t home to a terribly trendy beer culture: as I mentioned to Andrea Turco at Cronache di Birra, the very strong lager traditions here make the Czech palate quite traditional, even inflexible.

For years, the most innovative Czech brewery has been Pivovar Primátor, currently the property of the city of Náchod, which earned its title by putting out three very good strong lagers and one of the first widely distributed Hefeweizens, followed by a decent take on a pale ale. Though the newer (and much smaller) Pivovar Kocour is trying even more new things, Primátor still puts out the most interesting beers in Prague supermarkets. And as of last month, the Náchod city beer maker is offering a further innovation: the country’s first real stout.

To skip to the chase: it’s excellent. And when you consider that East Bohemia is fairly removed from the traditional sources of stout in London and Dublin, you’d have to call it outstanding.

END_OF_DOCUMENT_TOKEN_TO_BE_REPLACED

The tradition of Czech brewing may go back more than a thousand years, but it’s also clearly moving forward. Beer lovers here have been thrilled by recent developments like the appearance of Pivovar Bašta and other new brewpubs, cutting-edge new regional breweries like Pivovar Kocour Varnsdorf, and the reappearance of older styles such as Klostermann amber lager — all of which have arrived since the publication of Good Beer Guide Prague and the Czech Republic last May.

To that end, I’m doing another seminar, this time one titled “New Brews: Recent Developments in the Czech Brewing Scene,” which will take place Thursday, 3 July, 2008, in the wine cellar of Essensia restaurant (inside the Mandarin Oriental hotel). The combined dinner, talk and beer tasting will last about three hours.

In addition to a slew of new lagers and ales, many of which have never been seen in Prague, Essensia will serve its delicious Czech and Asian culinary specialties. Think of it as a luxurious meal in a five-star restaurant — only one which is accompanied by some truly great beers and a spirited discussion on the history, news, background and future of Czech brewing.

And then there is the beer list to consider.