From Chaucer to Charles Dickens, there’s long been plenty of great beer in great literature. Unfortunately, many of the most interesting passages about the world’s favorite beverage can be very hard to find. As part of an ongoing project, I’ve been hunting down and collecting pieces of writing that include references to beer. The following photocopy, sent in by a friend, came as a surprise: a lengthy passage from Trinc: Praises II, a book-length poem by the American left-wing poet Thomas McGrath that was first published in 1979.

Despite the date, the section on beer seems remarkably forward-thinking in its awareness of global brewing styles, including references to both Tibetan chhaang and Czech pivo. Displaying plenty of McGrath’s political engagement (e.g., “the People’s Beer,” “for the Worker”), the section serves as an encomium, finishing with “Praise for the golden liquor of Wakan Tanka or god! / Praise for its holy office — O offer hosanna and laud! / By sip, by sup, by tot, by tipple, by chuglug — all ways: / Hallelujah! For the People’s Beer! And for all His comrades: praise!”

Feel free to recite these lines in the place of “cheers” at your next session. 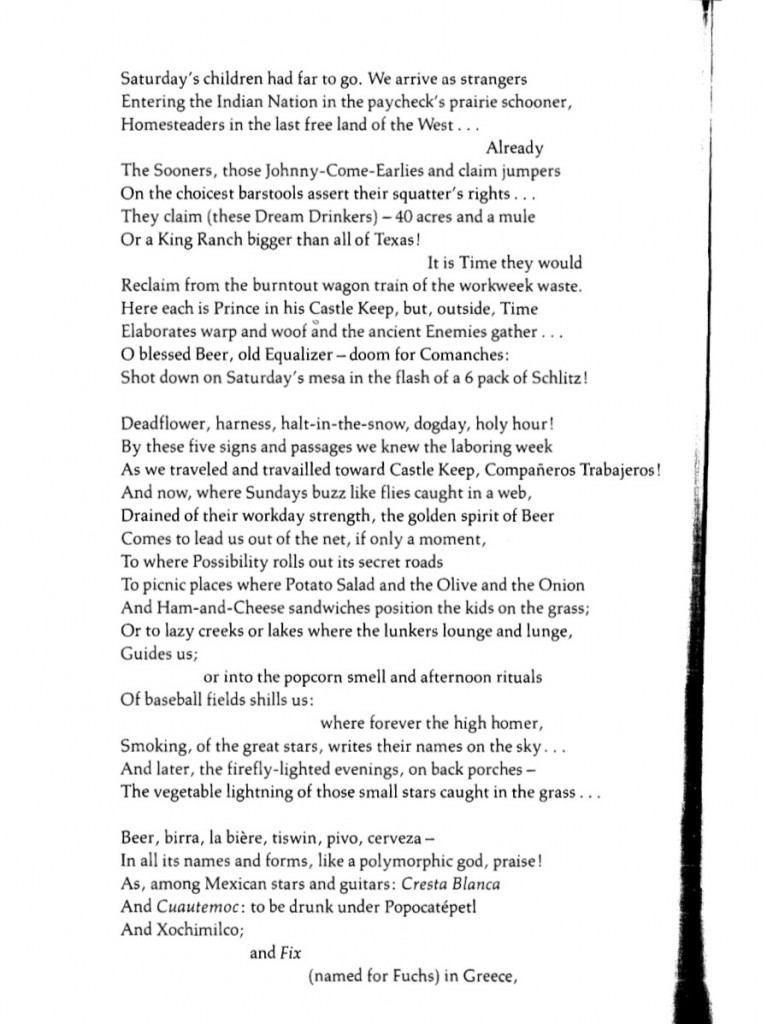 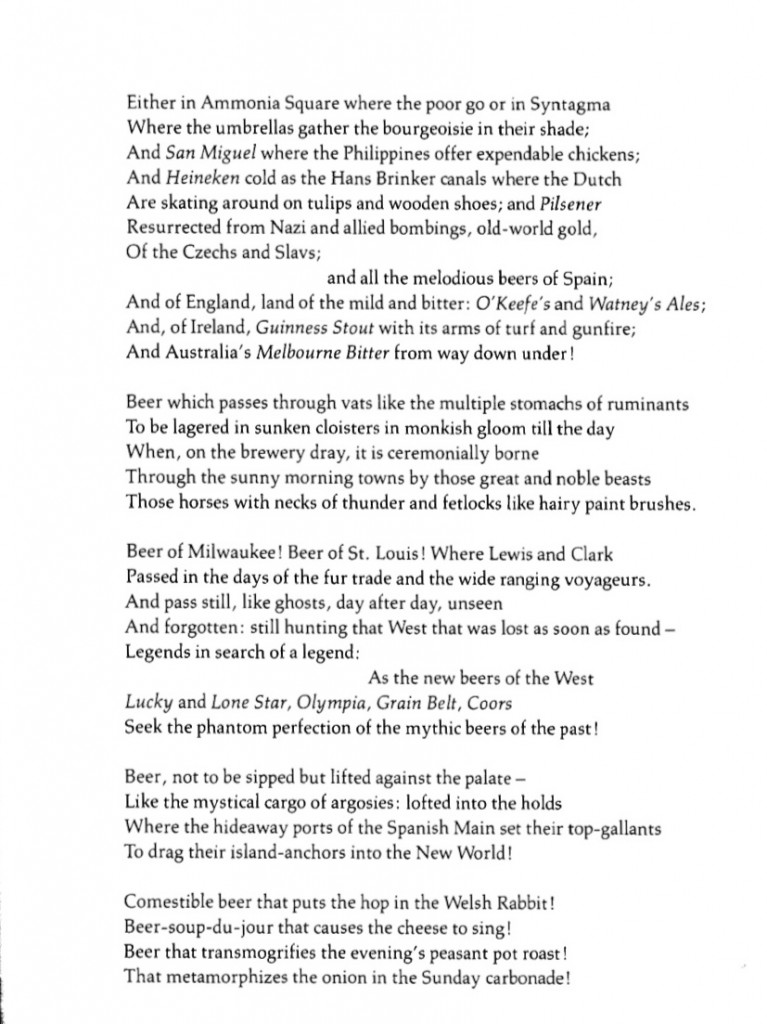 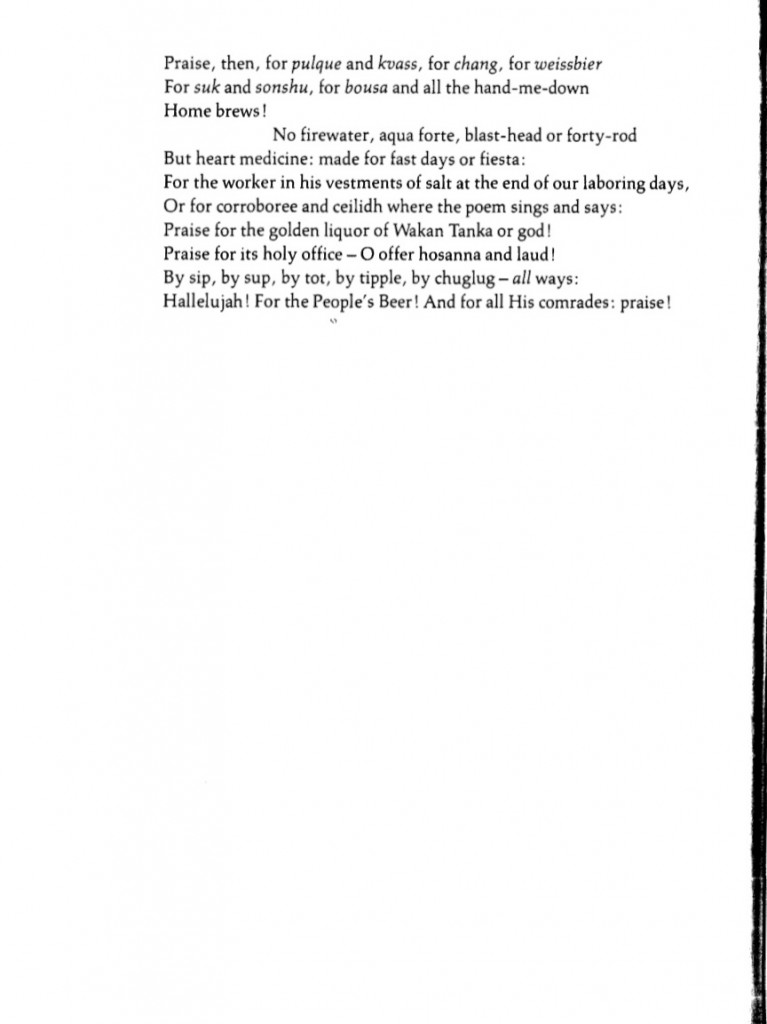