A St. Pauli Girl from Slovakia 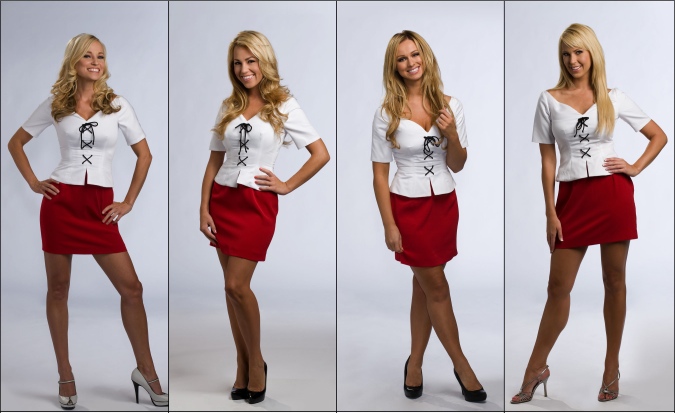 I’ve written before about Slovak brewers using Slavic models to market their beers in Germany. Now a German brewery is using a Slovak model to promote its beers in America.

That is to say St. Pauli Girl — the second most-popular German beer brand in the USA — has picked its annual eponymous spokeswoman. This year’s model is Katarina Van Derham, who “grew up in a small village in the woods of Slovakia, a communist country at the time,” and picked by fans of the beer in online voting. She’s third from the left in the cattle-call shot above.

It’s worth noting that no one I know has ever seen St. Pauli Girl — the beer — in Germany; St. Pauli Girl’s Wikipedia page says it is “only produced for export and is not sold in Germany.” For real beer fans, that might not be such a reassuring sign.

But perhaps that is beside the point: after all, it’s not called “St. Pauli Beer,” but “St. Pauli Girl,” with the emphasis on the lady rather than the liquid. While the cult Scottish beer maker BrewDog is allowing its fans to choose the next beer it produces, St. Pauli Girl is allowing its fans to select which model should represent the brand. In other words, fans of the beer are choosing the “girl” both when they vote online and when they order the beer in a bar. And in that sense, it’s probably very easy to find a new and appealing St. Pauli Girl — as in the spokeswoman — every year.

Just as long as you like them golden, bland and fizzy. 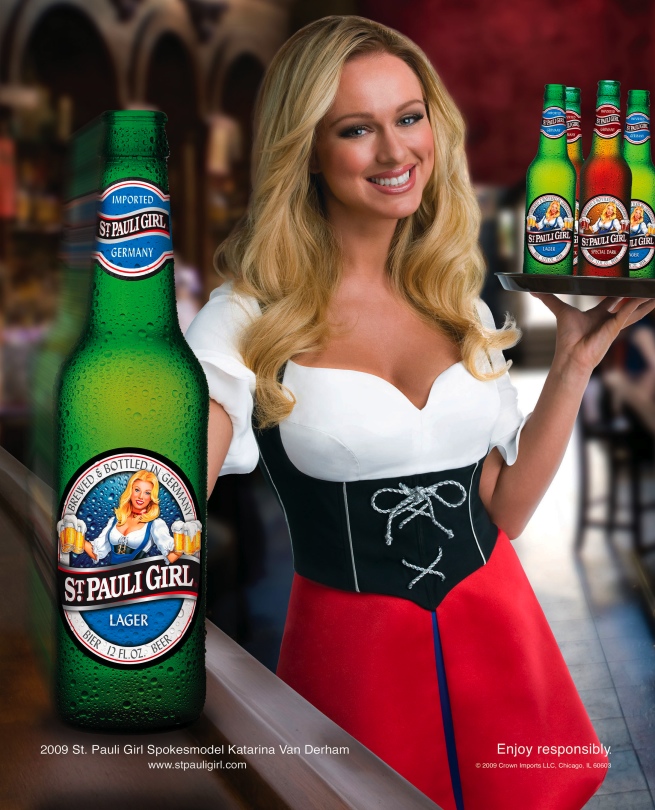