Beer News from the Market 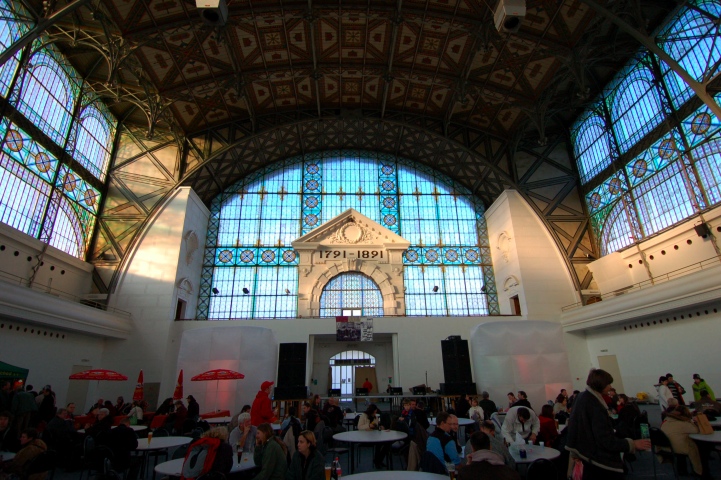 If you missed the Prague Christmas Beer Markets, you missed out on more than just outstanding brews — you also didn’t hear the news. For starters, there was the announcement of the forthcoming brewery at the eastern edge of Ústecký kraj, north of Prague and very near the German and Polish borders. Set to take off in early 2008, Pivovar Kocour Varnsdorf will brew classic Czech lagers as well as several top-fermenting beers, including an English pale ale, an IPA and a Rauchweizen.

This marks the arrival of more than just another outstanding Czech microbrewery (and no, it’s not a brewpub — these beers should actually be distributed well beyond where they’re made, at least in kegs). Continuing the ever-greater variety in Czech brewing, Kocour is in the possession of several oak casks from Hungary and is planning to age some of its beers in wood, reminiscent of U Medvídků‘s excellent oak-aged lagers and the popular oaked ales from Innis & Gunn.

The market also featured a début from the new Pivovar Hradec Králové: the outstanding Patriot kvasnicový ležák (4.6%), a picture-perfect yeast beer — light gold with extremely mild carbonation and a creamy, smooth mouthfeel and notes of vanilla and grassy hops in the finish. For the time being, Patriot appears to be brewed at Pivovar Žamberk, though in the near future it should (hopefully?) move back to its hometown in a new location. The town’s former brewery, long closed, has been recently reconstructed, reappearing as a set of modern flats and offices.

Ironically, that old brewery building is also the new site for Hradec Králové’s Pivovar Rambousek, the maker of a heart-stopping, half-dark, chestnut-honey lager that defies description in anything but the language of angels. In case you missed the earlier news, consider yourself ahead of the curve on this one: Rambousek’s web page says they look forward to welcoming guests in 2008.

Everything I Know About Beer I Learned at the Agricultural University